Can A Hemorrhoid Burst?-Piles Doctor Explains 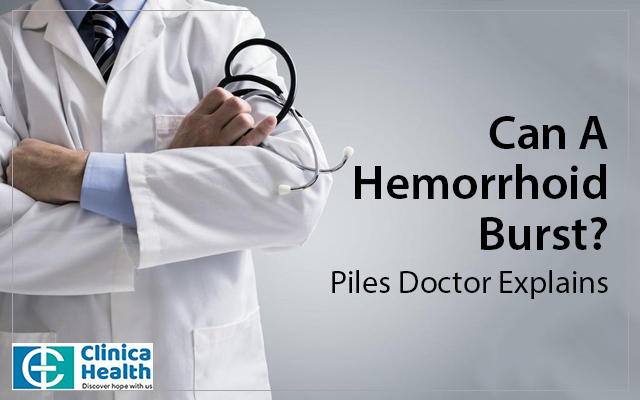 Internal and external hemorrhoids, regardless of form, can become thrombosed. A thrombosed hemorrhoid is one in which a blood clot forms in an expanded vein. Although thrombosed hemorrhoids are rarely harmful, they can cause excruciating pain and irritation. Hemorrhoid might burst if it becomes too full of blood, says the best laser surgeon in Kolkata.

What happens if hemorrhoid ruptures?

Thrombosed hemorrhoids are usually uncomfortable before they burst. When it bursts, you will feel a quick sensation of relief from the release of excess pressure caused by the buildup of the blood. Most people worry when they observe an episode of bleeding from the hemorrhoid. If the bleeding is under control, usually there is nothing to worry about, says the best piles surgeon in Kolkata.

How long will the bleeding linger if the hemorrhoid bursts?

Typically a person’s bleeding from ruptured hemorrhoid might last anywhere from a few seconds to several minutes. The site of the rupture should not bleed for more than 10 minutes. When you defecate, the spot may occasionally bleed. However, if the bleeding continues, it is recommended that you see a doctor right away to be safe and avoid infections.

What do you do if your hemorrhoid ruptures?

Ruptured hemorrhoid does not require any specific treatment. A sitz bath might help to relax the region and keep it clean as it heals. Sitz baths can also aid in the healing process by increasing blood flow to the region, says the well-known piles doctor in Kolkata.