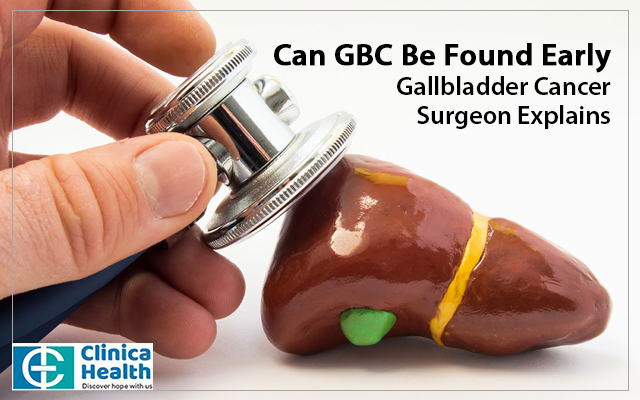 GBC is difficult to detect early

Additionally, there are no blood tests or other screening tests (the process of testing for cancer in individuals who exhibit no symptoms) available that can reliably detect gallbladder cancers early enough to be useful. As a result, most gallbladder cancers are discovered after they have grown large enough to cause signs or symptoms.

However, in some cases, gallbladder cancers are detected before spreading to other tissues and organs. Most of these early cancers are discovered by chance when a person’s gallbladder is removed due to gallstones, says Dr Purnendu Bhowmik, a gallstone surgeon in Kolkata. Small cancers or pre-cancers that caused no symptoms are occasionally discovered when the removed gallbladder is examined in the laboratory.

Gallbladder cancer typically does not manifest symptoms or signs until late in the disease, when the tumour has grown to a larger size and/or has spread. However, symptoms can manifest earlier, resulting in an early diagnosis. If cancer is detected earlier, treatment may be more effective.

Here are some common symptoms of gallbladder cancer:

The majority of people with gallbladder cancer will experience abdominal pain in the upper right portion of the belly.

If cancer grows large enough to block the bile ducts completely, the liver’s bile cannot drain into the intestines. This can result in a greenish-yellow chemical called bilirubin accumulating in the bloodstream and settling in various body parts. According to a surgical gastroenterologist in Kolkata, jaundice’s yellow colouring is frequently visible on the skin and in the white part of the eyes.

Lumps in the belly

If cancerous growths obstruct the bile ducts, the gallbladder may swell. Gallbladder cancer can also spread to adjacent liver areas. The doctor may occasionally feel these changes as lumps on the right side of the abdomen. Additionally, they can be seen during imaging tests such as an ultrasound.

If you experience any of these symptoms, it’s critical to see a doctor immediately to determine the cause and, if necessary, treat it.