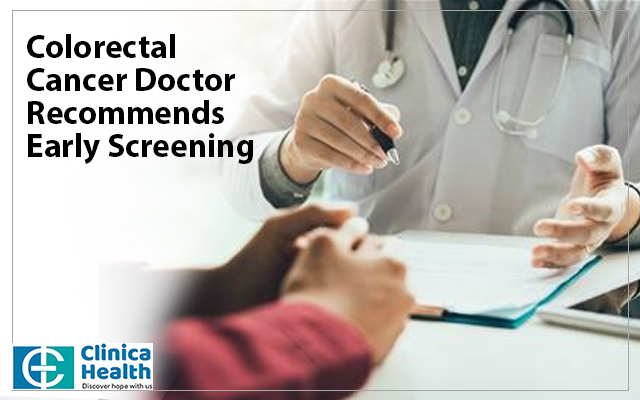 Why Consider Getting Screened Sooner?

Studies show that the incidence rate of colorectal cancer among Indian young adults is rising.

Colorectal cancer affects a person’s rectum, colon, or both.

A poor dietary habit is one of the significant contributors – a diet high in fat, red meat, processed meat, and low in fibre.

A colonoscopy allows physicians to examine the entire rectum and colon of a sedated patient, says the colon and rectal cancer doctor in Kolkata.

A flexible, illuminated tube called a colonoscope is inserted into the rectum and the entire colon to detect polyps or cancer.

During this procedure, a physician can remove polyps or other tissue samples for examination. Additionally, polyp removal can prevent colorectal cancer.

Patients must typically consume a liquid laxative to cleanse the colon in advance and be sedated for the procedure. Those who opt for this screening method must be retested every ten years.

FIT is considerably easier and less invasive. Using a home-based kit, patients spread a small stool sample onto a card and send it to a lab for testing, which looks for blood in the faeces or stool. If the test finds blood, it can be a sign of polyps or cancer.

With screening and early detection, patients can be effectively cured in most cases with colorectal cancer surgery in Kolkata.

The type of surgical procedure used depends on the stage of cancer, where it is located, and the goal of the surgery.

As mentioned earlier, some early colon cancers (stage 0 and some early-stage I tumours) and most polyps can be removed during a colonoscopy. The surgeries that are done during coloscopy are polypectomy and local excision.

In a polypectomy, the cancerous polyp is removed along with its base (the part that looks like the stem of a mushroom).

Typically, this is accomplished by passing a wire loop through the colonoscope to sever the polyp from the colon’s wall using an electric current.

Local excision is a more complicated procedure. The colonoscope is used to remove small cancers from the inner lining of the colon as well as a small amount of healthy tissue from the colon’s wall.

If some cancer remains or if lab tests indicate that the tumour has the potential to spread, colectomy may be necessary.
According to Dr Purnendu Bhowmik, a colorectal cancer surgeon in Kolkata, colectomy is the surgical removal of all or a portion of the colon, along with nearby lymph nodes.