Do I Need Surgery for Gallstones: Gallstone Surgeon Explains 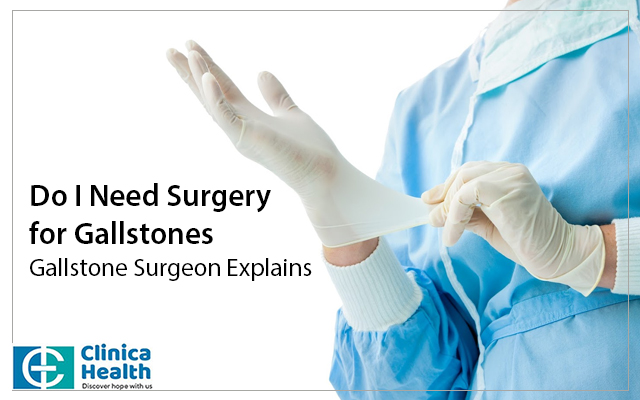 Hard fragments (gallstones) begin to form if your gallbladder is not functioning correctly or your bile is out of balance. Gallstones can range in size from a grain of rice to a golf ball.

Gallstones do not dissolve by themselves. If gallstones become painful or cause other symptoms, your doctor may decide to remove your gallbladder. This surgical procedure is known as a cholecystectomy. It is one of the most common operations performed by doctors.

According to Dr. Purnendu Bhowmik, a gallstone surgeon in Kolkata, approximately 80% of individuals with gallstones will require surgery.

Do You Need Surgery?

If your gallstones are not causing symptoms, you typically do not need surgery. You will only require it if a stone enters or obstructs one of your bile ducts. This causes what physicians refer to as a “gallbladder attack.” It is a severe, knife-like abdominal pain that can last for several hours.

Even if you have no symptoms, your doctor may recommend a cholecystectomy if you have sickle cell disease or another blood disorder.

Other than a gallbladder attack, untreated gallstones can lead to severe complications, such as:

Before recommending surgery, your doctor will conduct a battery of tests to determine the impact gallstones are having on your health.

Can you first try other treatments?

You may be able to reduce symptoms temporarily by modifying your diet.

This includes reducing the consumption of fatty foods. However, dietary modifications do not always prevent gallbladder attacks, says Dr. Purnendu Bhowmik, a surgical gastroenterologist in Kolkata.

If you cannot undergo surgery, your doctor can prescribe a medication to dissolve your gallstones. However, this may take months or in some cases even years to work. And even if your gallstones disappear, there is a possibility that they will recur.

If your doctor recommends surgery to remove your gallbladder, you have two options –

Open surgery – During open surgery, a surgeon will make a 5 to 7-inch incision in your abdomen to remove your gallbladder.

If you suffer from a bleeding disorder, you will require open surgery. In addition, you may need it if you have severe gallbladder disease, are highly obese, or are in your final trimester of pregnancy.

Laparoscopic surgery – Laparoscopic cholecystectomy is also known as “keyhole surgery.” Your laparoscopic gallbladder surgeon in Kolkata does not make a large abdominal incision. Instead, there are four minor incisions made.

A very thin, flexible tube containing a light and a miniature video camera will be inserted into your abdomen through the incisions.

The camera will relay images of your inside to a monitor allowing the surgeon a clearer view of the gallbladder. The diseased organ is then extracted using specialized instruments.

General anesthesia is used for both types of surgical procedures. This indicates that you will be asleep and pain-free during the process.