Don’t Ignore Liver Cirrhosis Symptoms: It Can Cause Cancer 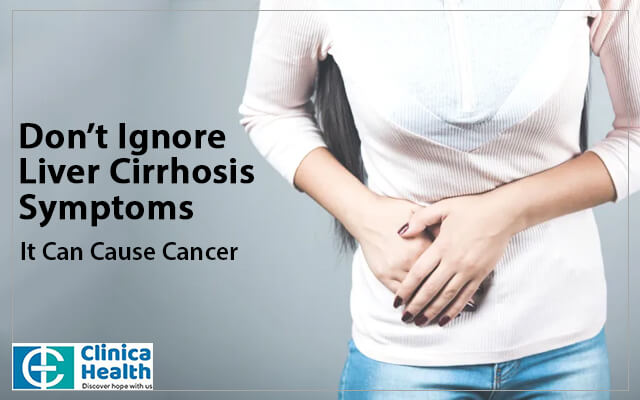 Liver cirrhosis is a late-stage liver condition in which healthy liver tissue gets replaced with scar tissue, causing permanent damage. Recurring damage to healthy liver cells, causing cell death and inflammation followed by cell repair, leads to the formation of scar tissues. According to Dr. Purnendu Bhowmik, a liver cancer doctor in Kolkata, the long duration of liver damage also increases the chance of cancer-causing changes in DNA.

As cirrhosis is a significant risk factor for liver cancer, a person should be aware of the symptoms of cirrhosis and consult a doctor for early diagnosis and treatment.

How to Know if You Have Liver Cirrhosis

In most cases, the condition grows unnoticed without signs or symptoms until it gets to the advanced stages. Only your health care provider can tell you if you have liver cirrhosis.

If a person does experience any symptoms of the condition in its early stages, they often mistake them for signs of some other diseases and end up ignoring the damage. A person should consult a doctor upon experiencing the following symptoms bearing the possibility of cirrhosis and liver cancer in mind.

Early symptoms and signs of cirrhosis include:

As liver function worsens, other commonly recognized symptoms of cirrhosis include –

How to Prevent Liver Cirrhosis

Cirrhosis of the liver, or liver scarring, can be prevented by following the corrective measures as soon as symptoms appear. Successful prevention of liver cirrhosis can also significantly reduce the chances of liver cancer, says Dr. Bhowmik, a liver cancer doctor in Kolkata.

Corrective actions to stop the progress of cirrhosis include:

As the liver is crucial for digestion and the metabolism of fats and carbohydrates, a diet consisting of high fat and carbs can cause significant damage to the liver. Similarly, being obese or diabetic can significantly increase the risk of inflammation and damage to your liver and the possibility of liver cancer.