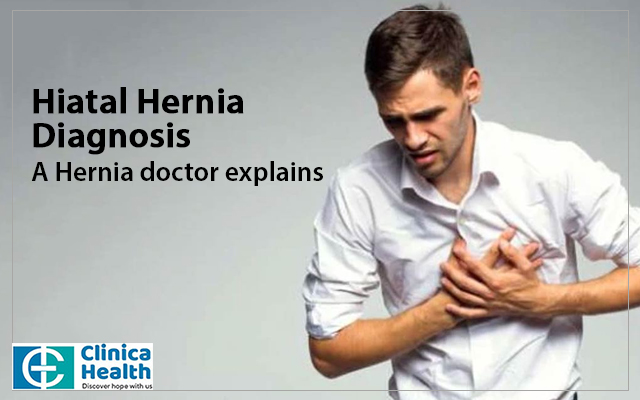 What Is a Hiatal Hernia?

A hiatal hernia is when the stomach bulges up into the chest through an opening in the diaphragm, the muscle that separates the two areas. Because the opening is known as a hiatus, this condition is also known as a hiatus hernia, says the best hernia surgeon in Kolkata.

Because most Hiatal hernias do not cause symptoms, they are usually discovered during a routine chest X-ray for an unrelated condition. A hiatal hernia may also be suspected in people with severe acid reflux who do not respond to antacids or other treatments. In such cases, healthcare providers can use a variety of tests to confirm the diagnosis, including X-rays and endoscopy. Esophageal manometry is another technique that can be used, but it is not commonly used.

Smaller Hiatal hernias can be difficult to detect on a regular X-ray because they may only appear as a gas-filled structure in the chest cavity. Imaging tests, such as an upper GI barium study or computed tomography (CT) scan, may also be ordered to provide a better definition, says the hernia specialist in Kolkata.

An upper gastrointestinal (GI) barium study is the preferred method of diagnosing a hiatal hernia. The test, also known as a barium swallow, requires you to drink approximately one and a half cups of chalky fluid containing barium sulphate and then undergo a series of X-rays 30 minutes later.

A barium study is frequently sufficient to make a definitive diagnosis. A computed tomography (CT) scan may be ordered if it cannot do so.

According to the hernia doctor in Kolkata, your doctor may want to take a closer look to make a diagnosis or want additional results to help confirm one or determine the severity of your condition. In such cases, the following options may be considered:

An upper GI endoscopy can also be used to diagnose a hiatal hernia. A flexible scope called an endoscope is inserted into your throat to obtain live images of the oesophagus, stomach, and duodenum (the first part of the small intestines), says the doctor of laparoscopic hernia surgery in Kolkata.

Esophageal manometry is a newer technology that assesses how the esophageal muscles and esophageal sphincter (valve) function; it is a possible diagnostic test, but it is not commonly used.

Esophageal pH monitoring is a test that measures changes in the acidity of your oesophagus over time (as measured by the pH).

Acid reflux is common in people who have a hiatal hernia.

Even if a hiatal hernia is confirmed, a differential diagnosis may be required to rule out other possibilities, mainly if the hernia is small and inconsistent with the severity of symptoms.For more details, contact Clinica Health, says the hernia specialist in Kolkata.