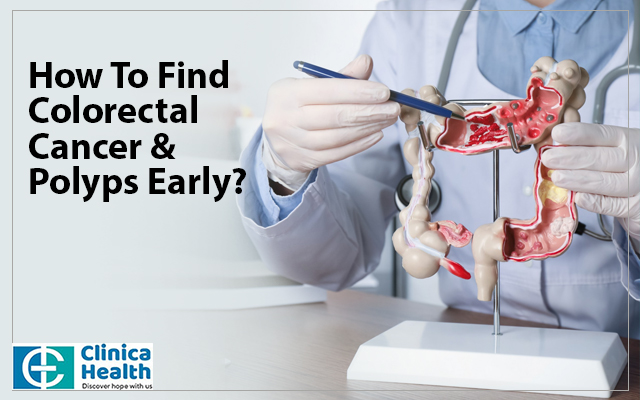 Can Colorectal Polyps and Cancer Be Found Early?

Yes, colorectal polyps and cancer can be found through routine screening before cancer symptoms start to show or even before cells fully change into cancer, says a well-known colorectal cancer surgeon in Kolkata.

Colorectal cancer screenings look for malignancies of the colon and rectal lining. Colonoscopies are one of the most effective screening procedures because they can both detect and remove colorectal polyps.

A colorectal polyp is a tiny cluster of cells that grows on the colon’s or rectum’s lining. Pre-cancerous polyps are quite common.

If polyps are found during a colonoscopy, they will be removed during the process, preventing them from developing into cancer. Colorectal cancer screening can often detect cancer early, when it has not spread and is easier to treat.

Why Is Colorectal Cancer Screening Important?

Do Not Postpone Your Colonoscopy

Regular colonoscopies allow cancer to be detected when it is small and treatable.

The extent to which cancer has spread determines the treatment. If colon cancer has not gone beyond the lining of the colon, it is the easiest to treat and usually only requires surgery to remove polyps or cut out the afflicted section of the colon.

If colon cancer has progressed beyond the colon, the treatment will be more severe. It may include colon or other tissue removals, chemotherapy, radiation, and immunotherapy. If cancer has spread or advanced too far, treatment to improve quality of life and reduce cancer symptoms may be advised rather than remission, says the specialist of colorectal cancer surgery in Kolkata.

Screenings for colonoscopy can detect more than only cancer and polyps. They assist doctors in detecting irregularities, damage, blockages, and other potential problems.
If you have one or more risk factors, if you’re at average risk and it’s been 10 years since your last colonoscopy, or if you’re experiencing symptoms of colorectal cancer, schedule a colonoscopy screening today, says the colorectal cancer surgeon in Kolkata.