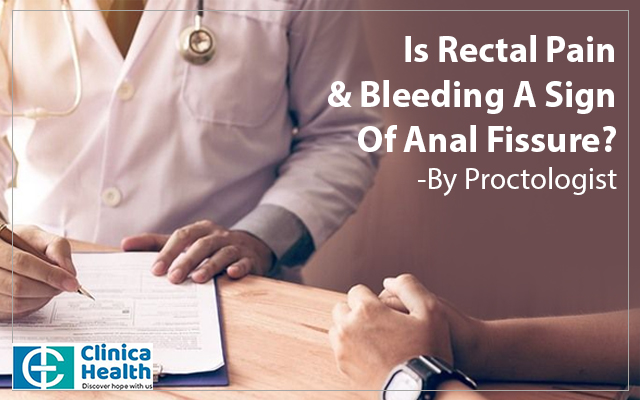 WHAT YOU SHOULD KNOW ABOUT RECTAL BLEEDING

When you have blood in your stool, it may look red, maroon, or black. Maroon and black colors indicate the bleeding originated higher up in your intestines. For example, you may have polyps that are bleeding.

OTHER CONDITIONS THAT CAN CAUSE RECTAL BLEEDING AND PAIN

Hemorrhoids develop when excessive pressure causes enlarged veins inside your rectum (internal hemorrhoids) or around the anus (external hemorrhoids). This type of pressure often comes from straining during bowel movements, chronic constipation or diarrhea, pregnancy, and sitting on the toilet for too long.

An abscess develops when a collection of pus forms near the anus. In most cases, the condition develops in the glands lining your anus.

Both conditions cause pain, swelling, and redness around your anus. An abscess causes pain around the anus that’s constant or occurs during bowel movements. Though abscesses and fistulas cause bleeding, it’s also common to have a discharge that contains pus and blood.

Proctitis occurs when the rectal lining becomes inflamed. The inflammation often develops due to an infection, inflammatory bowel disease, or cancer treatment.

In addition to causing rectal bleeding and pain around your anus, you may have symptoms such as frequently feeling the urge to have a bowel movement, passing mucus, and not completely emptying your bowel, says the well-known proctologist in Kolkata.