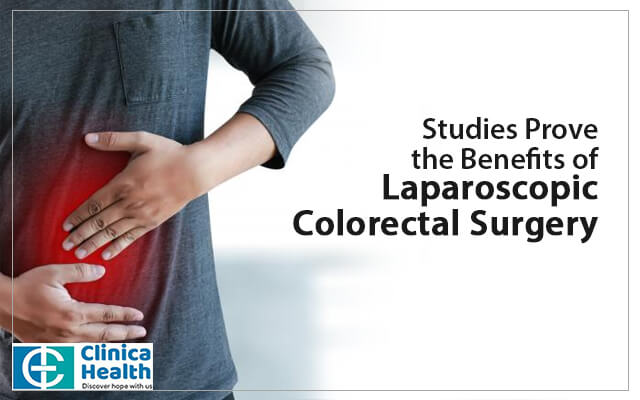 Laparoscopic colon & rectal resection is a surgical procedure in which a surgeon makes several tiny incisions. A laparoscope (a flexible tool with a camera at the tip) is inserted through one of these incisions. The camera displays magnified images from inside the patient’s body onto a monitor near the operating table.

Many randomized studies have been performed to compare the open and laparoscopic techniques. Here is what they found –

Early reports highlighted the recurrence of tumours at the laparoscopic port sites. Port sites are located on the skin where a laparoscope or other device is inserted into the body. However, multiple long-term studies involving more than 2,600 patients have found that in the case of laparoscopic colorectal surgery (LCRS), the rate of port-site metastases is approximately 1%. The rate is similar in the case of patients treated with traditional, open resections.

In 2004, The New England Journal of Medicine published a study comparing LCRS with open colon surgery for malignant disease. The study discovered that patients who went through laparoscopic surgery were on pain medication for a briefer period.

After laparoscopic colectomy, patients can resume an oral diet earlier than those who undergo traditional open surgery. Early return to a regular diet can facilitate bowel movements and decrease the need for post-surgery medications.

Several studies prove that patients who undergo minimally invasive colorectal surgery have lower post-operative complications than patients who undergo open technique. According to Dr. Purnendu Bhowmik, a colon cancer surgeon in Kolkata, the underlying reasons for the lower complication rate with laparoscopic surgery are – quicker return of preoperative pulmonary (lung) function, lesser blood loss, and decreased blood loss overall systemic inflammatory response. The systemic inflammatory response is the exaggerated defence response of the body to a harmful stressor like infection, trauma or surgery.

Laparoscopic colorectal surgery has a lot of advantages over open surgery, as mentioned above. However, the procedure demands the expertise and experience of highly skilled surgeons.